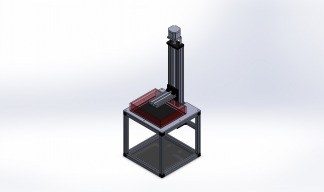 SLA resin printer based on a gen3/4 iPad Retina display. The design intent is to create a printer with the highest resolution possible with a lower cost of entry compared to DLP projector based SLA printers.