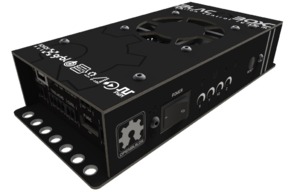 The Openbuilds BlackBox is a new system evolved around a set of subsystems that cover more than just control and also more than just CNC type applications! With a plug-and-play easy connection system this controller can be used with ease, without sacrificing power.